First of all many congratulations to all my Indian friends for winning the world cup, Yippe!!!! It was such a  proud moment yesterday, all Indians in my area celebrated together on the roads cheering for India, check out the picture at the end of this post!!:) 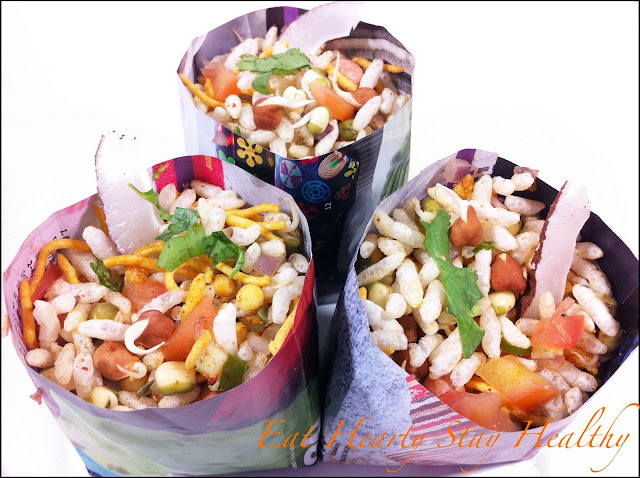 Though I'm not a Bengali, the first eleven years of my life were spent in Kolkata so I'm very fond of Bengali food, be it Rasogulla, Sandesh, Misthi Doi, Puchka or Jhaal Muri. Jhaal Muri is a popular street food in Kolkata made of puffed rice similar to Bhel Puri, but they both are quite different in taste due to different type of seasoning used. Jhal means spicy in Bengali and Muri means puffed rice. It is sold in paper bags called "thonga" in Bengali, made from old newspaper. I made these from some old magazines. :) 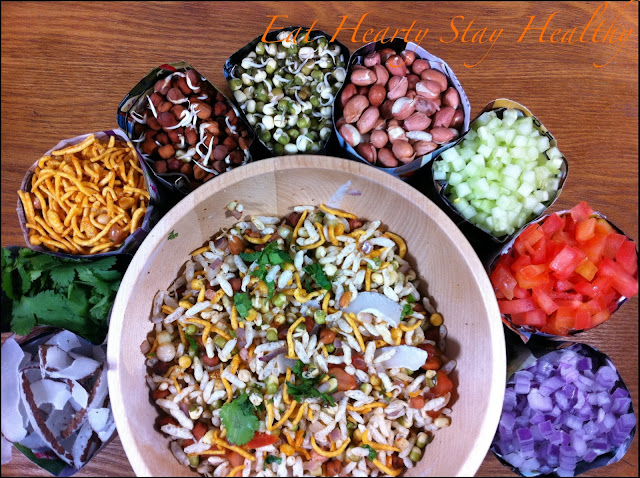 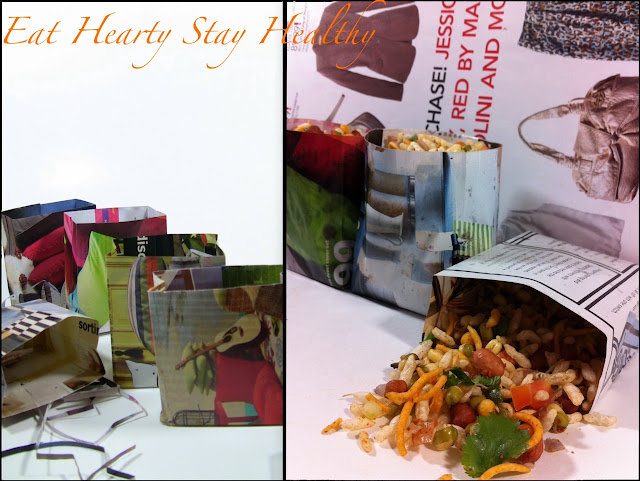 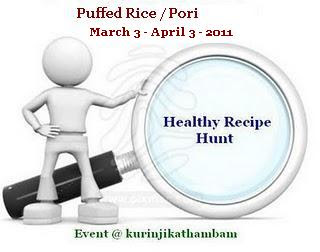 this looks great, it's my fav too !

Yum yum, i would love to grab some jhal muri rite now and munching..

Hi,
u have an award waiting in my blog. Pls collect it.

Jhal Muri looks to be amazingly tasty and tangy dear.

wow, I soooooooo want it, love it for breakfast, lunch , dinner n anytime in between :)

Lovely snack and thanks for link with my event dear...

Hi dear, this is reg ur clarification on the awards. All the 7 awards mentioned are for you. Pass it on to the others whenever u find time... Post a blog on this as soon as u can...
Thanks,
Vimitha A

How cute! You actually made thongas out of magazine pages! :)

Great recipe! But the very mention of Kolkata in your post and i'm craving Kheer Kodoms now! :(

First time here and this sure is a healthy snack. Love your recipes.

Thanks for the comment at my blog..
Please visit again..

Hi Ankita, first time here and I've come with a good news for u. U have won the CSN giveaway at my blog.

The jhalmuri looks amazing and very well presented, will follow ur space from now on.

Hi, first time to your space. I came thru Pari's Foodelicious.. You have a very beautiful blog here... This Puffedrice salad looks very inviting :-) Happy to follow you.. Do drop by my space when you have time...

Love the presentation and the dish -- too tempting and mouthwatering good :))))))))

I'm a member of